The opening was a huge success! The wind was perfect so the hole had just the right amount of movement. There were at least three hole in ones and the hole played well under constant use. 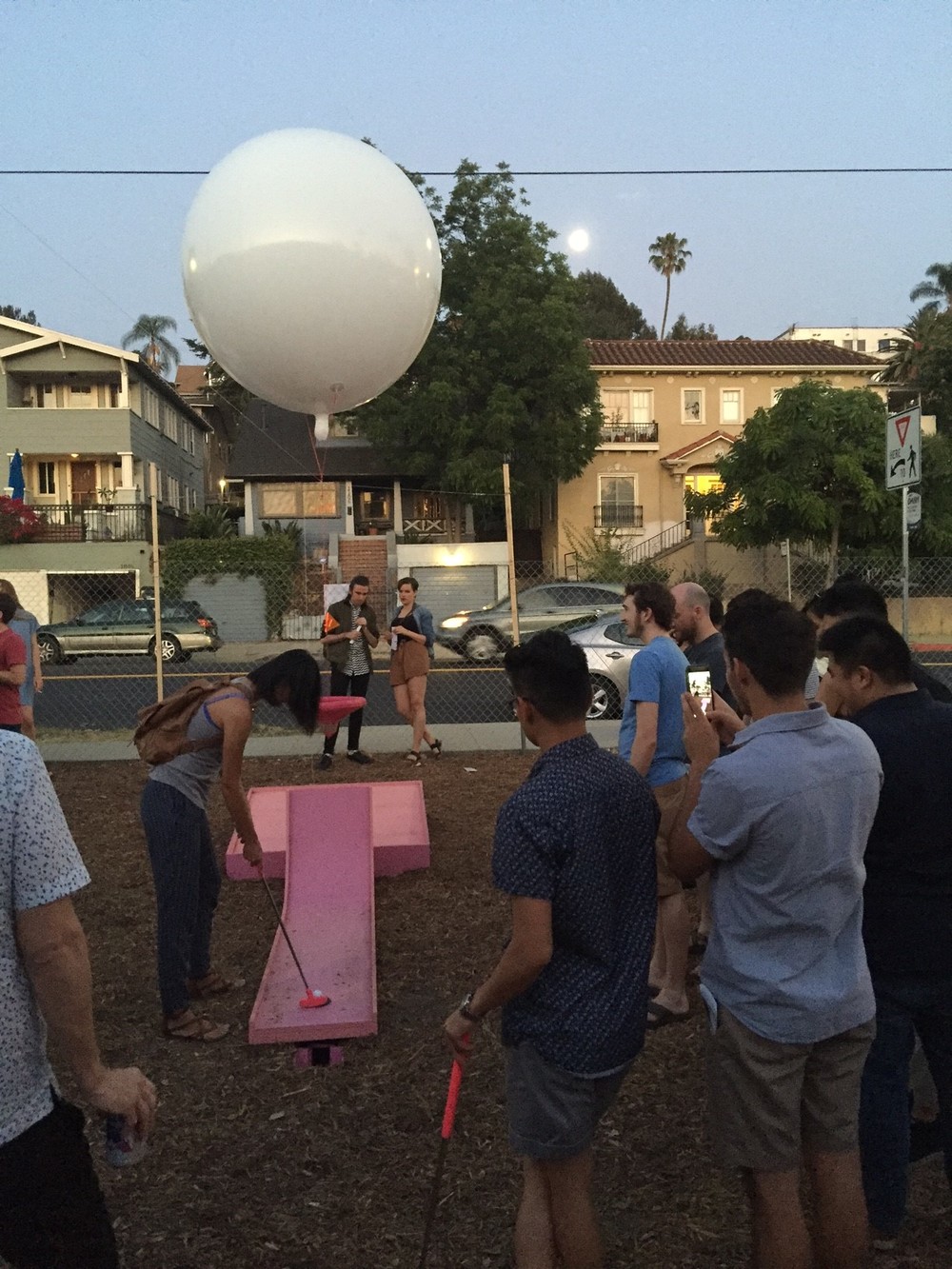 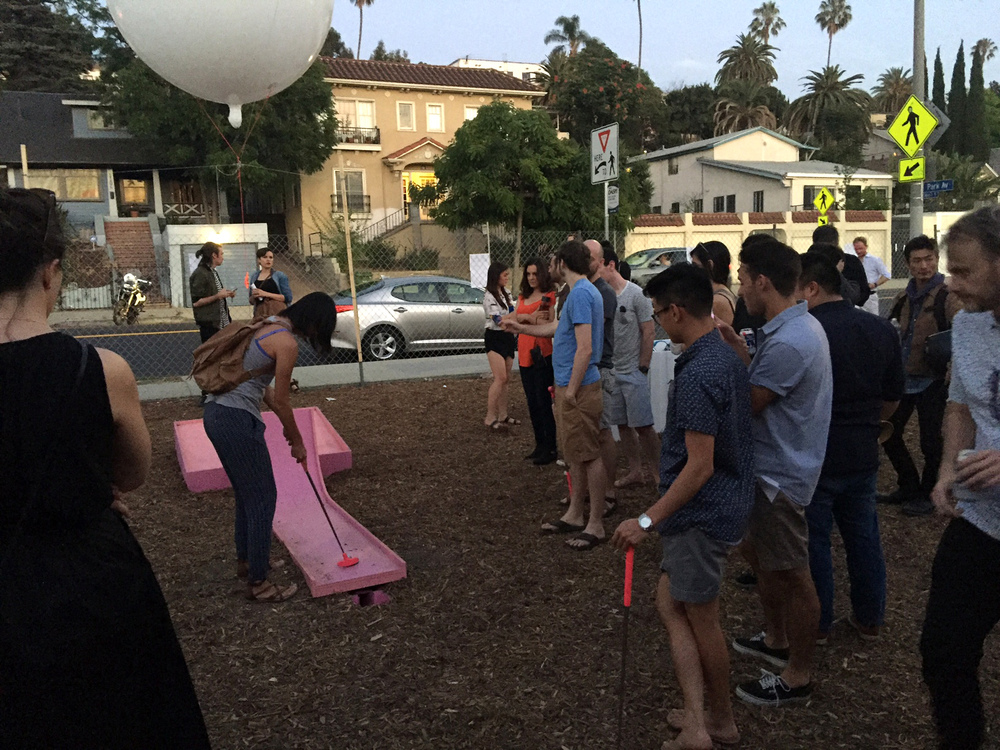 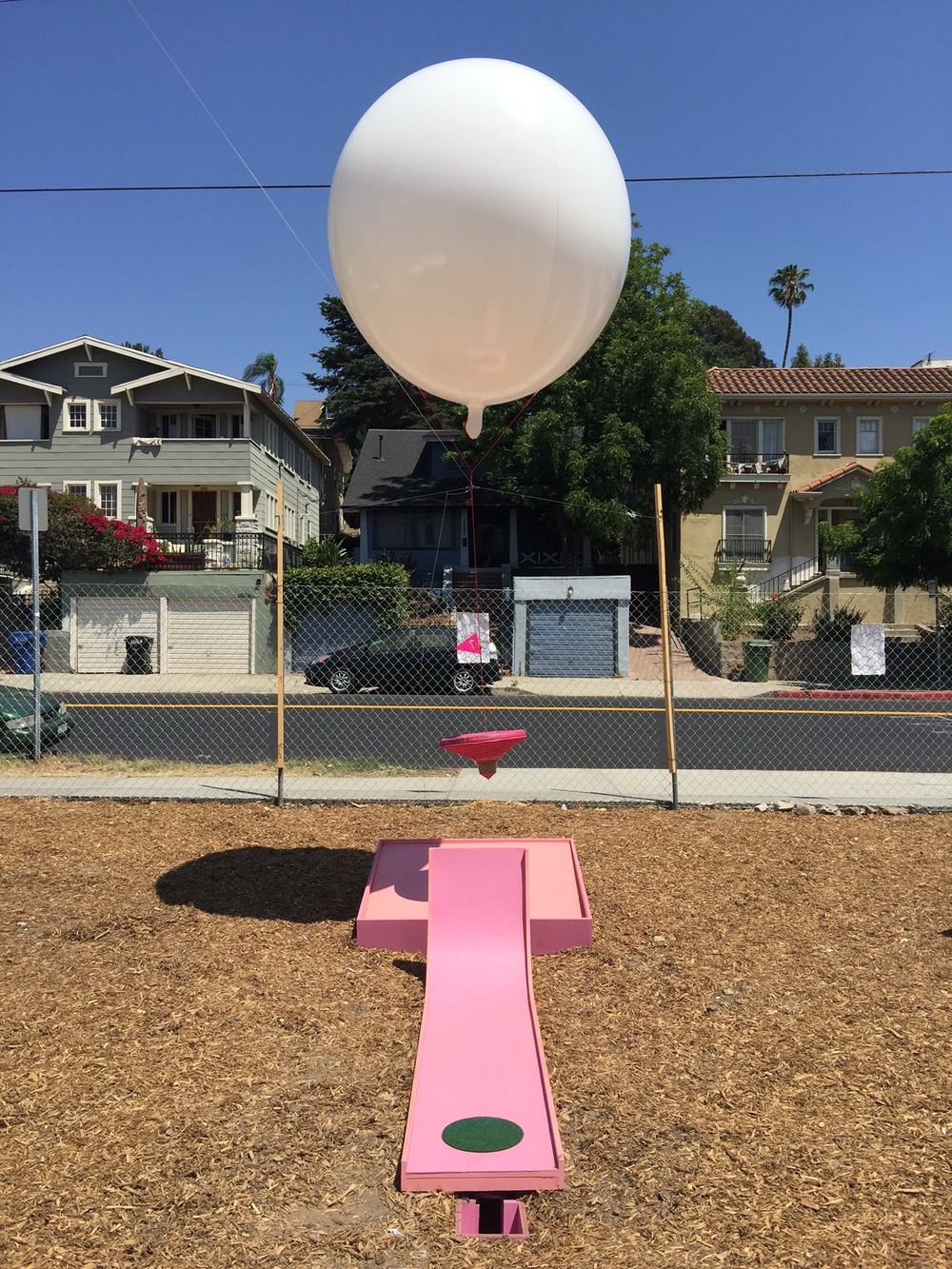 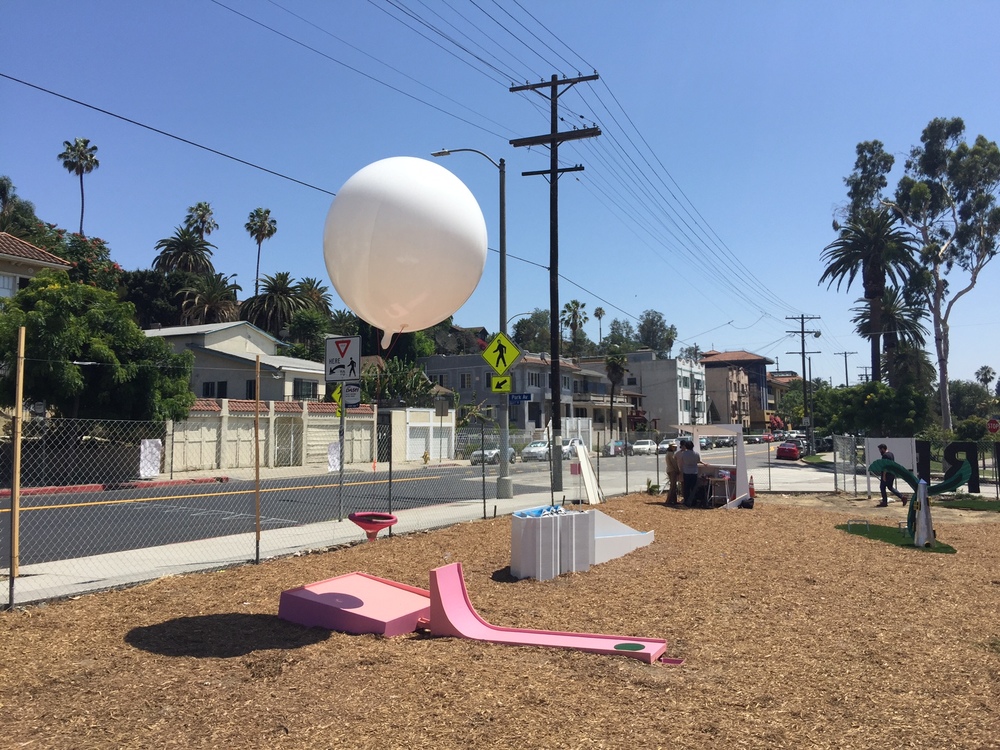 View of the course: 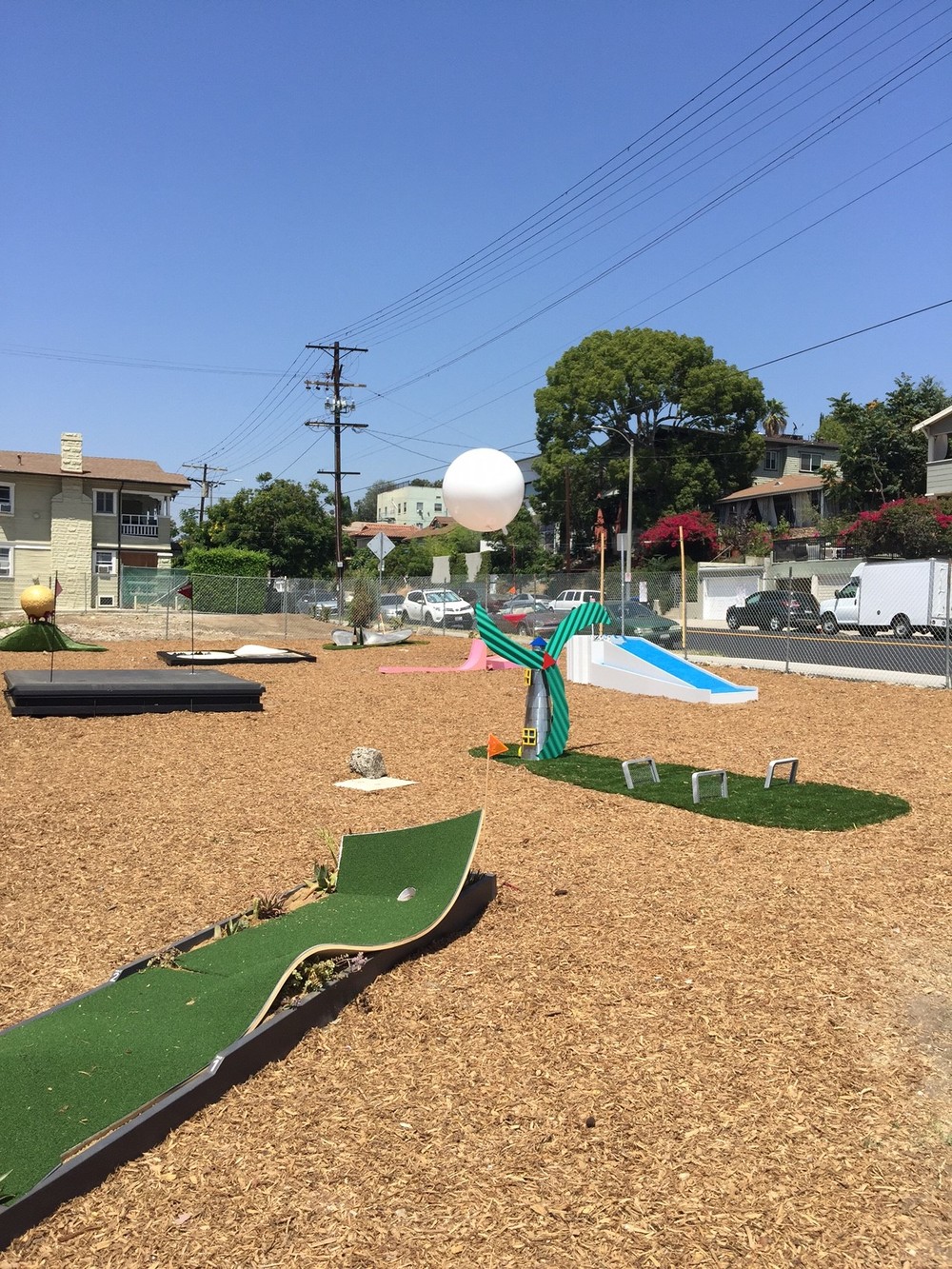 The ground was rock solid so digging the channel for the ball retrieval system got us off to a slow start. 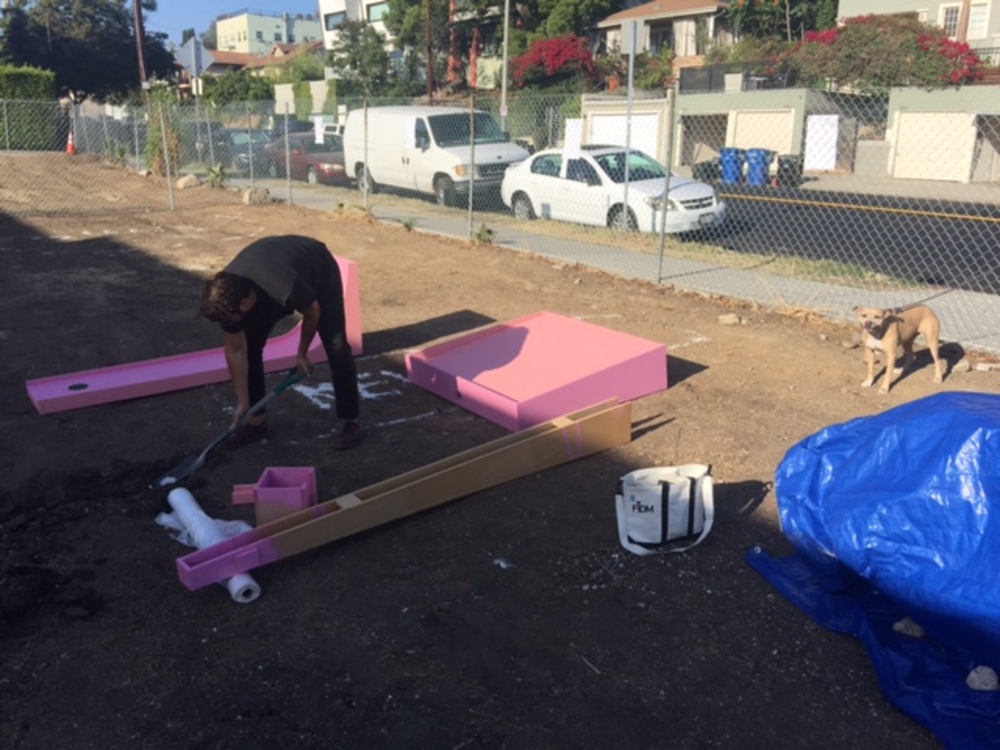 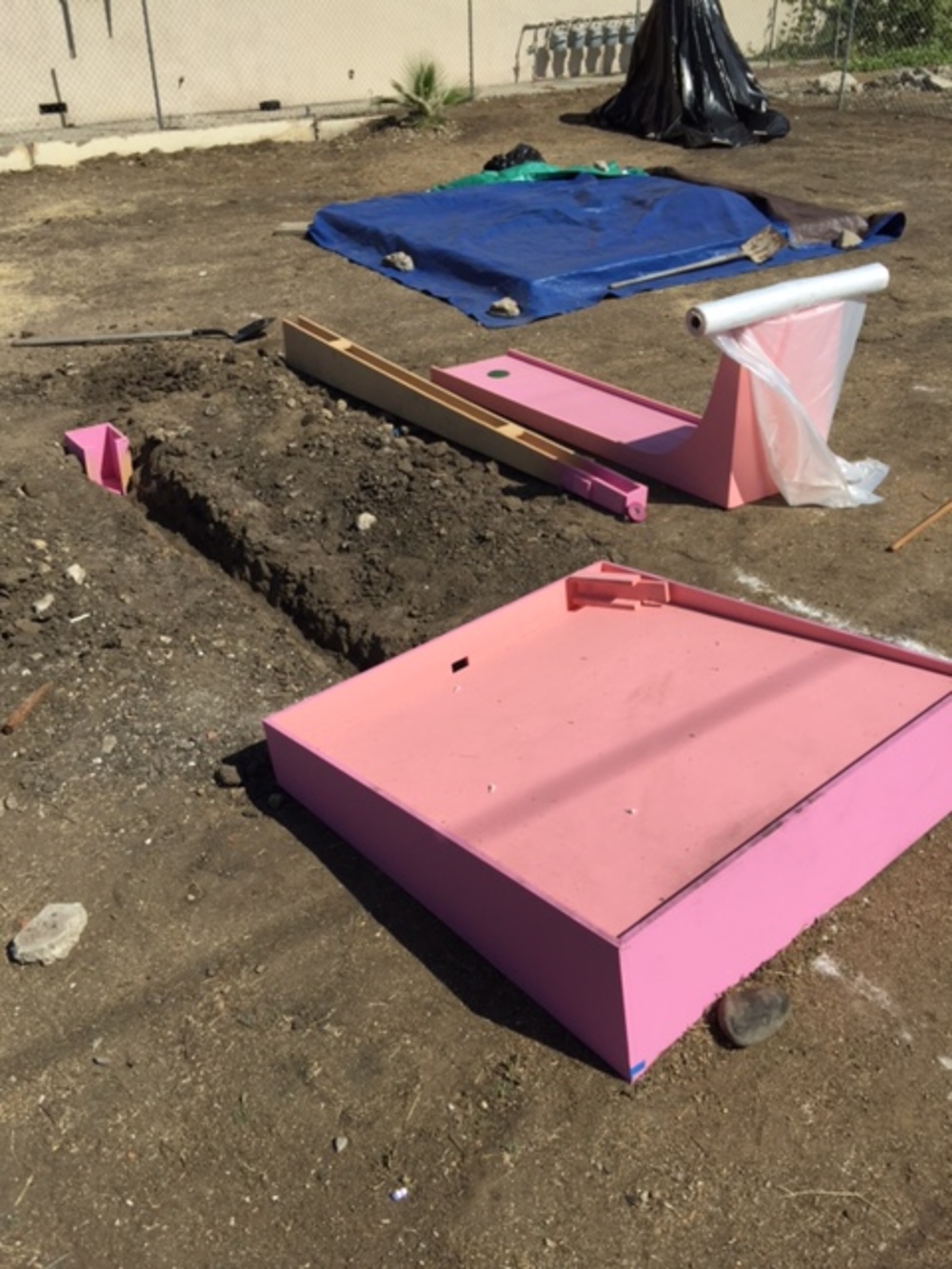 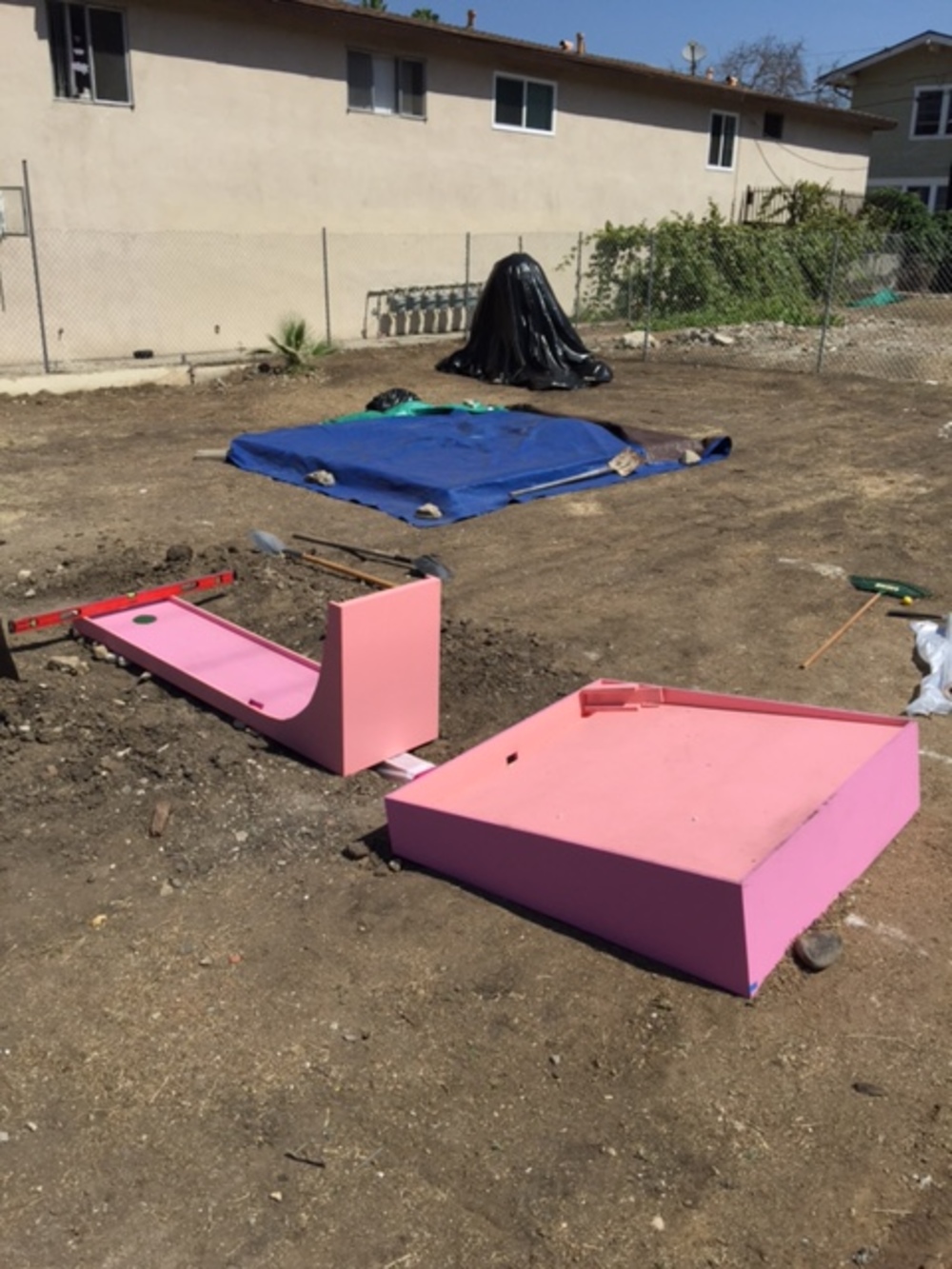 Devyn testing out the playability: 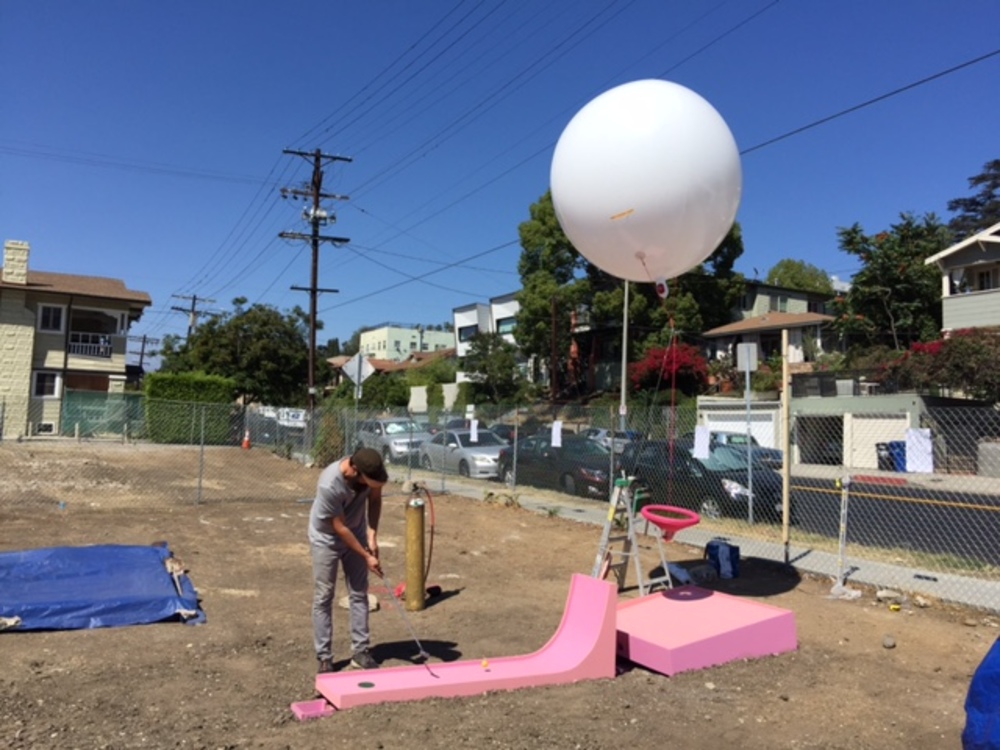 Here's our first elaborate mock up. The ramp ended up being steep so the trajectory of the ball is closer to vertical so it lands in the hole instead of skipping across it. 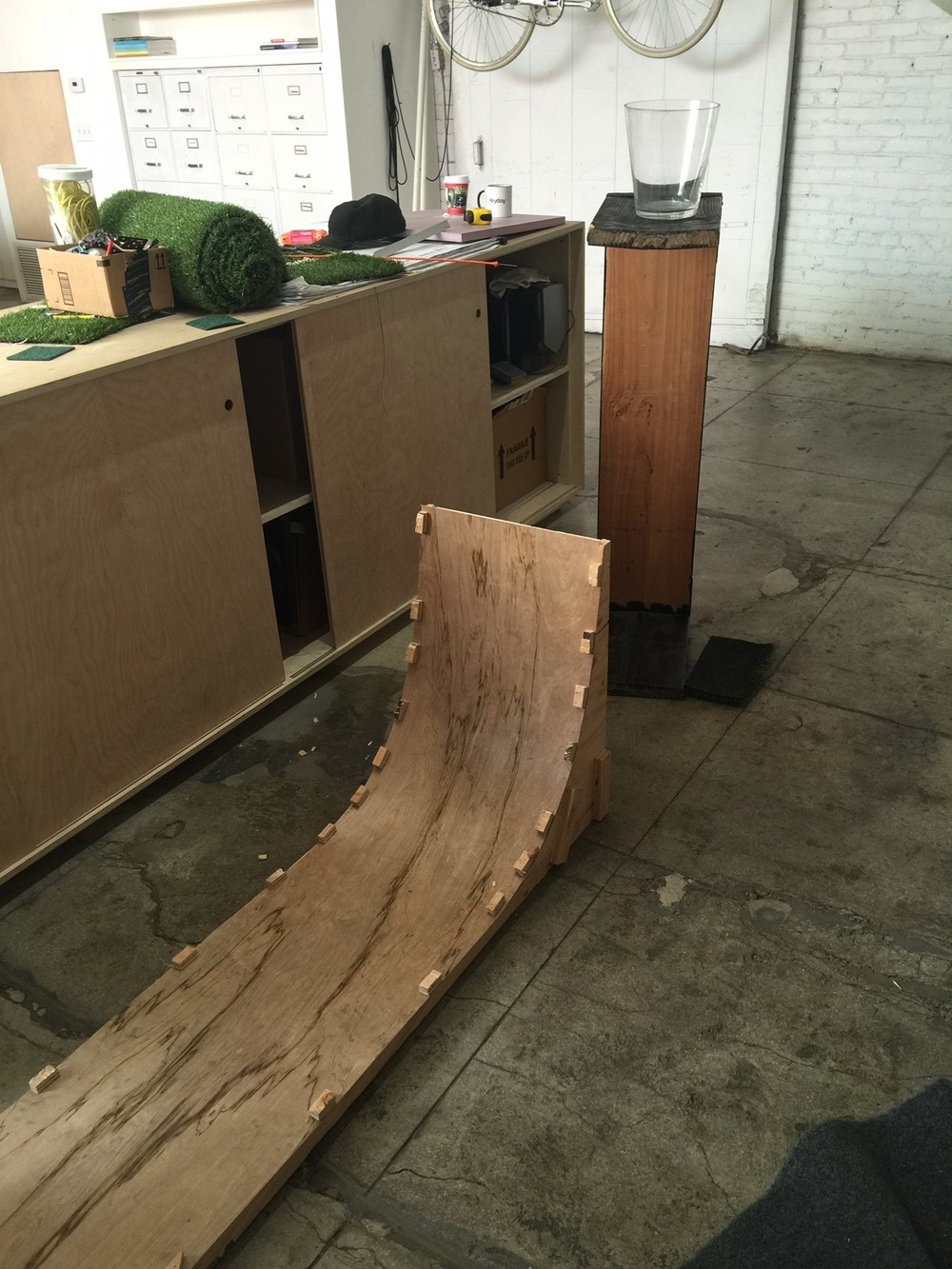 We were one of nine winning entries into the M&A "Turf" competition in which designers were asked to create a new mini golf hole. The playable course/exhibit is scheduled to open in the summer of 2016 for a few weeks. The other eight winners have some great entries so it should be a ton of fun. The models of the winning entries are being exhibited at Neutra's VDL house in Silver Lake in March. 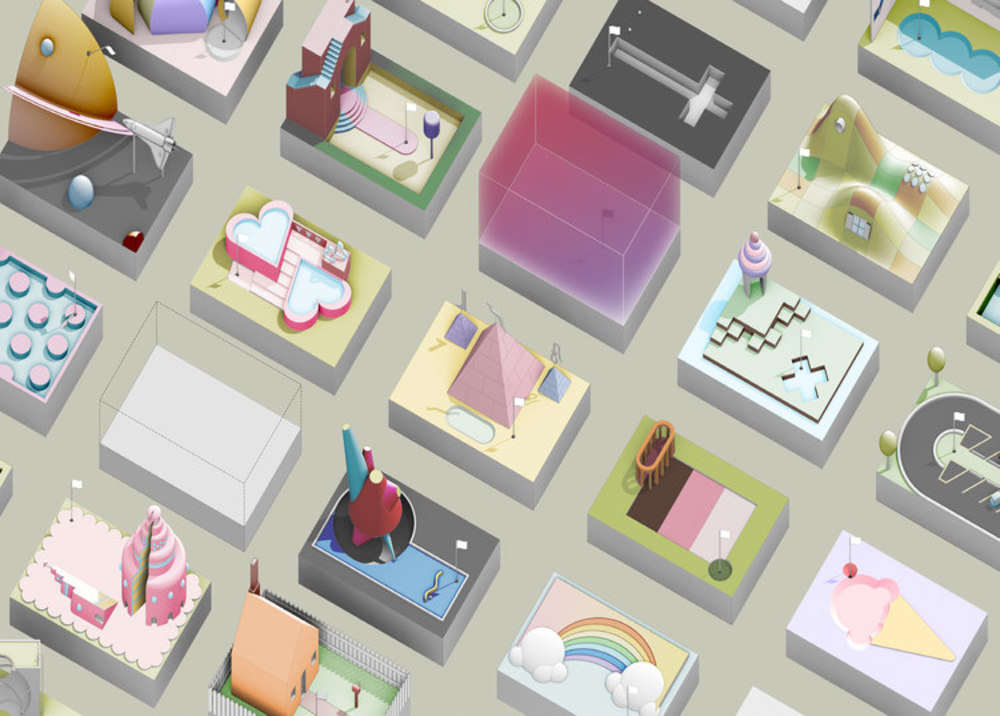 Our entry is called "Pie in the Sky" because the hole is floating from a balloon. In the built version, the hole will be higher and the balloon will be much much higher so the hole moves with the wind. 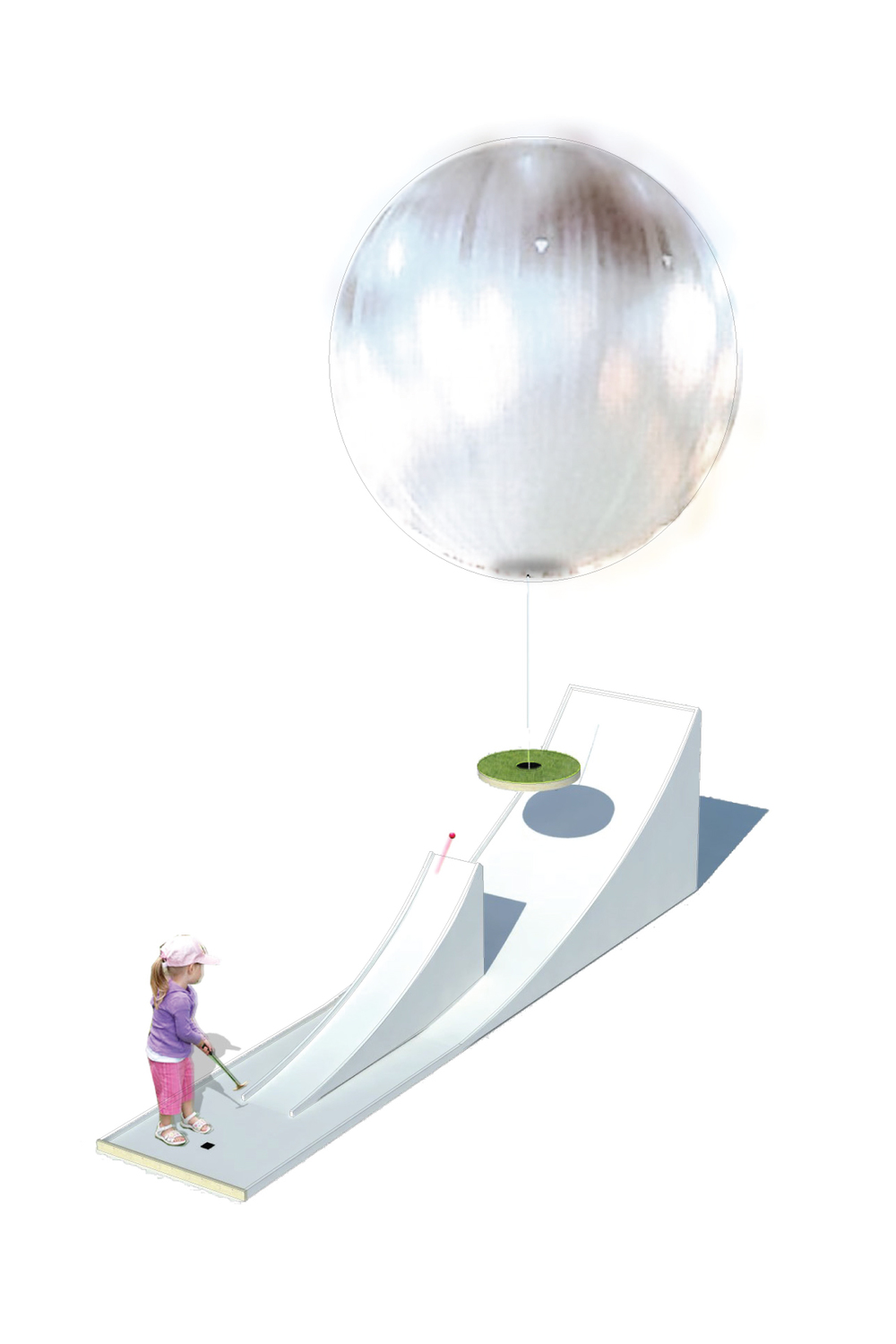 We'll be updating the website as we progress with the actual build. So far, we've built a mock up in the office and learned:

+The ramp is easier to use than we originally thought. If you hit the ball firmly it is pretty easy to get it 5' in the air.

+It takes a crap load of helium to lift a few pounds for an entire weekend (the balloon we have in mind is 85 cu. ft.)